Warning: count(): Parameter must be an array or an object that implements Countable in /home/customer/www/apassionfortraveling.com/public_html/wp-content/themes/ctr-theme/ctr/ctr-setup.php on line 33
 A Unique Way To Save On Airfare To Europe | A Passion For Traveling 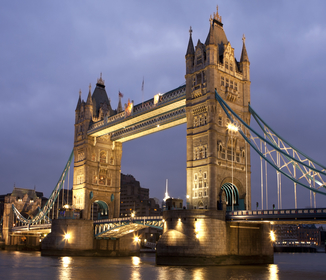 A Unique Way To Save On Airfare To Europe

So, you’re in America and would love to fly to Europe the cheapest way possible.

Don’t we all, the airfare from the USA to Europe can almost be a deal killer depending upon where you’re flying to.

How would you like to know a little tip that can save you a bundle and I do mean a bundle?

This method is very creative and requires that you have a little more, to a lot more time to spend enjoying yourself.

What you’re going to do is fly to South America first.

I can hear the questions already. Why? What in the heck for? Why would I want to do that?

Because you’re going to get a longer vacation, see more countries and spend less money doing it.

The Reasons Why It’s So Cheap 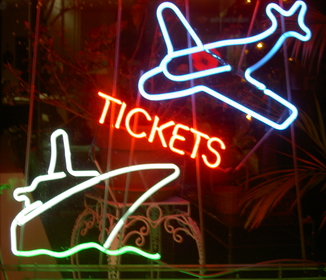 The airfare from some major cities in South America to Spain is unbelievably cheap. The reasons that it’s such cheap airfare are that;

1. They have millions of people who’s heritage is directly from Spain. So, they have a huge demand for trips from South American cities like Lima, Bogota and Quito direct to Spain.

2. The wages in South America are very low by North American standards. This means that the airlines must adjust their prices in order to serve that market.

When you check prices be sure to check flying from several different cities in South America and check flying into both Barcelona and Madrid. In many cases Madrid can be quite a bit cheaper.

The cheapest flights I’ve found were round trip from Lima to Madrid for $425.00

Here’s How It Works

You can get super cheap tickets to fly to Lima as an example.

You then spend a few days to a week or longer in Lima having fun. 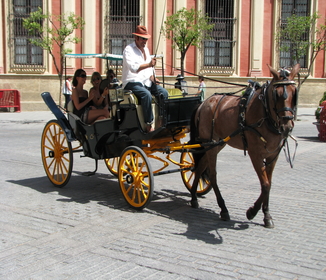 You hop your plane to Spain and then travel to your destination country by plane or train. Spending a couple days in Spain is always nice. Then you can got to most countries in Europe for about a hundred bucks or so round trip. You book that flight separately. If you book it as a continuing flight you won’t get that South America to Spain discount.

What you end up with is; time in your favorite South American country, time in Spain and then the time you wanted in your destination country.

You spent less to go to 3 countries than you would have spent to fly direct to Europe from America.

Like I said earlier though, you have to have the extra time. If you’re just flying off to Europe for a few days then this may not be the way to go for you.

However, if you have the time or are a full time traveler then this could be a fantastic option for you.

If we haven’t been introduced yet, then Hello! Glad to make your acquaintance. My name is Patrick Shelley. My family (my wife and daughter) and I travel quite a bit and we would like to welcome you to http://apassionfortraveling.com

As a matter of fact, we are positioning things now so that within a year we will be able to go traveling full time for 18 months.

I look forward to helping you to live your travel dreams any way I can.

Have a great life. Because as far as we know for sure we don’t get two of them.
Patrick